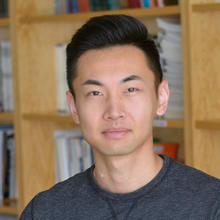 Charles Cai is an Associate Research Faculty at CE-CERT and Adjunct Professor of Chemical & Environmental Engineering at UC Riverside. He is devoted to developing new technologies to convert plant biomass into fuels and functional materials. His primary research focuses on the biological and catalytic processing of agricultural and forestry waste products, also known as lignocellulosic biomass, that don't compete with our food crops so that the production of next generation biofuels can be an environmentally sustainable process.

Charles is currently developing new methods for pulping industrial hemp so that next generation hemp-based and cannibis-based products can be made more cost-effectively, without needing mechanical decortication, and while reducing hazardous waste emissions.

Charles was listed in Forbes Magazine's 30 under 30 in 2017. He is inventor of the patented Co-solvent Enhanced Lignocellulosic Fractionation (CELF) process and two other patents pending. 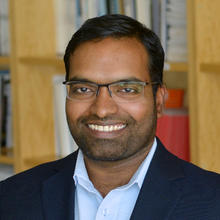 Dr. Arun Raju is a researcher at CE-CERT and is the director of the Sustainable Fuels Initiative (SFI). His research areas include renewable fuels and chemicals production, with an emphasis on hydrogen and renewable methane, renewables integration into the electric grid, waste to energy via thermochemical conversion,  energy systems analysis including life cycle assessment, techno-economic evaluation and optimization of energy conversion pathways. Dr. Raju received his Ph.D. in Chemical Engineering from UC Riverside with a focus on renewable fuels production and related technologies. Before joining CE-CERT, he was the Director of Research at Viresco Energy, LLC and later served as the Director of Technology Development at Combustion Associates, Inc. 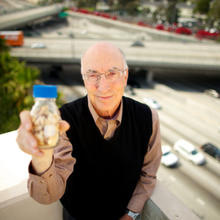 Dr. Wyman has devoted most of his career to leading advancement of technology for biological conversion of cellulosic biomass to ethanol and other products. In the fall of 2005, he joined UCR as a Professor of Chemical and Environmental Engineering and the Ford Motor Company Chair in Environmental Engineering with a research focus on pretreatment, enzymatic hydrolysis, and dehydration of cellulosic biomass to produce reactive intermediates for conversion to fuels and chemicals. Before joining UCR, he was the Paul E. and Joan H. Queneau Distinguished Professor in Environmental Engineering Design at the Thayer School of Engineering at Dartmouth College. Dr. Wyman recently founded Vertimass LLC that is devoted to commercialization of novel catalytic technology for simple one-step conversion of ethanol to fungible gasoline, diesel, and jet fuel blend stocks. Dr. Wyman is also cofounder and former Chief Development Officer and Chair of the Scientific Advisory Board for Mascoma Corporation, a startup focused on biomass conversion to ethanol and other products.

Before joining Dartmouth College in the fall of 1998, Dr. Wyman was Director of Technology for BC International and led process development for the first cellulosic ethanol plant planned for Jennings, Louisiana. Between 1978 and 1997, he served as Director of the Biotechnology Center for Fuels and Chemicals at the National Renewable Energy Laboratory (NREL) in Golden, Colorado; Director of the NREL Alternative Fuels Division; and Manager of the Biotechnology Research Branch. During that time, he held several other leadership positions at NREL, mostly focused on R&D for biological conversion of cellulosic biomass to fuels and chemicals. He has also been Manager of Process Development for Badger Engineers, an Assistant Professor of Chemical Engineering at the University of New Hampshire, and a Senior Chemical Engineer with Monsanto Company.

Wyman has a BS degree in chemical engineering from the University of Massachusetts, MA and PhD degrees in chemical engineering from Princeton University, and an MBA from the University of Denver. He has contributed over 155 peer-reviewed papers, 25 book chapters, many edited volumes, over 250 presentations many of which were invited, about 25 technical reports, and 21 patents.  He edited a recent book on aqueous pretreatment of cellulosic biomass to which he also contributed several chapters as well as a previous cellulosic ethanol book. Among honors received are election as a Fellow in the American Association for Advancement of Science and being chosen as a Tang Lecturer at the University of Massachusetts. In addition to his role as a founder and Co-Editor-in-Chief of Biotechnology for Biofuels, Wyman is on the editorial board of several technical journals and the board of directors and advisors for several organizations and institutions.